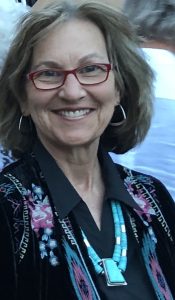 Donate to the Browne Award Fund

Dr. Katherine E. Browne has fundamentally shaped contemporary economic anthropology through both her intellectual contributions to the field and her leadership of the Society for Economic Anthropology. The SEA is thrilled to honor Kate’s legacy and impact on our organization with The Kate Browne Creativity in Research Award to celebrate creative and engaged economic anthropology.

“The wellspring of creativity is imagination,” Kate has said. “Making it a habit to include our senses and right brains in the quest for knowledge invites us to take risks, be brave, and think laterally.”

Kate’s philosophy energizes every project she undertakes, and her wide array of accomplishments—her research, books, films, teaching and mentoring, as well as her organizational leadership—all attest to the potency and enduring value of her approach. In 2018, the AAA awarded her its highest honor, the Franz Boas Award, for a career that “demonstrates extraordinary achievements that have served the anthropological profession.”

“Creative approaches have helped me find a pathway to the heartbeat of a place, just as they have helped me connect what I find to broad audiences who are thirsty to learn what anthropologists learn about other people and places.”

Kate’s body of research has focused on questions that help uncover and explain human capacities for resourcefulness and adaptation in contexts of adversity. Below are a few highlights that demonstrate creative approaches to generating or communicating research:

1. Creative research design
When she studied informal economic activity among Afro-Creole majorities in Martinique, Kate went well beyond collecting data across class to challenge assumptions of undeclared work as a survival strategy of the poor. She also consulted slave-era archives and post-slave histories; she conducted original research about the use of folktales in everyday life and cross-class attitudes toward the French state. She explored the meaning of creole idioms compared to French expressions about resourcefulness. She brought all these pieces together into a fresh argument: men at all class levels earn money in the informal economy; but equally important, they earn a creole version of status through the demonstration of intelligence and cunning, qualities embodied in Martinique’s clever folk hero, Brer Rabbit. This historically-informed, humanistic and quantitative study became Creole Economics: Caribbean Cunning Under the French Flag, a monograph still used in classrooms. The book delivers scholarship enhanced by stories, linguistic and historical analysis, original drawings of people and places, maps, and photographs, as well as tables and charts.

2. Creative dissemination
In Kate’s subsequent study of formal sector entrepreneurship among French Caribbean Afro-Creole men and women in Martinique, she realized that women were organizing their companies differently from men. This research inspired her to try out a visual monograph that could invite audiences to hear and see remarkable women telling their own stories. She had limited funds, so the documentary of five French speaking, Afro-Creole women was filmed, written, and produced by her and a filmmaker alone. Ultimately, Lifting the Weight of History (2009) showcased these inspiring women, models of feminism, helping workers shed their historical bitterness toward employers and collectively changing the culture of business in Martinique. The film circulated globally for years on the international French TV network, and is still used in French language and culture classrooms.

In the aftermath of Hurricane Katrina, Kate shifted her fieldsite to the French Caribbean city of New Orleans. The historic flooding of the city she loved compelled her to produce work that would allow outsiders to grasp the depth of suffering of a bayou family. For the first two years of her research, she worked with the same filmmaker to capture the dislocation and heroic adaptations of a 155-member Afro-Creole family that evacuated to Dallas. Still Waiting: Life After Katrina (2007) was broadcast on PBS stations on each anniversary for years following the storm.

Kate’s habit of longitudinal study kept her on the bayou where the large family had managed all variety of crises for generations by relying on the interdependence of family members who shared resources, skills, knowledge, childcare, and food. For six more years, she documented how the recovery machine undermined this cherished adaptation and instead piled on more suffering. Their story became Standing in the Need: Culture, Comfort, and Coming Home After Katrina.

To ensure that her book’s scholarship would be friendly to non-specialists, Kate used multiple angles of storytelling supported by a central metaphor and compelling graphics. To illustrate the rhizome metaphor she had used to describe the horizontally-dense and resilient family system, she located a botanical illustration of the bayou’s wild red iris; she worked with a graphic artist to develop a collage of family faces and many infographics depicting how the culture system worked, the constraints of living in a FEMA trailer, and the work of a culture broker. Considered “required reading” for disaster studies, the book has won praise from both scholarly and general audiences.

These and other efforts have clearly established Kate as a pioneer in contemporary public anthropology. She continues to engage deeply in innovative research, with an eye toward applications for public policy. She co-founded and co-directs the Culture and Disaster Action Network which shares expertise with governmental agencies. Kate also consults with FEMA and other federal agencies on culturally appropriate disaster response.

Browne’s Legacy in the SEA
Beginning in 2011, Kate put her imagination in the service of leading the SEA through a pivotal set of changes that have fundamentally shaped the current structure and success of the Society for Economic Anthropology.

She was elected SEA president at a time when membership was declining and the yearly edited volumes were straining to get attention in a shifting publication landscape that favored shorter form articles. Kate had a vision for what could change, and she brought her usual positivity, enthusiasm and charisma to the problem. She proposed bringing the SEA under the umbrella of the AAA as a way to increase membership and ensure that new knowledge from economic anthropology had the audience it deserved.

The timely diffusion of knowledge called for a new, online journal, a challenging feat requiring many rounds of negotiations with AAA leaders and Wiley Publishing. Kate and Dr. Lisa Cliggett (the Editor of our longtime book series) eventually succeeded in birthing the new journal, Economic Anthropology. Lisa became its first Editor.